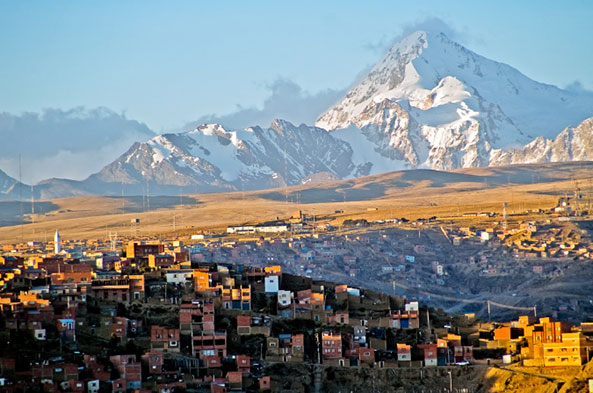 Travel to Bolivia: Land of Stark Contrast and Breathtaking Beauty

The fifth-largest country in South America, Bolivia is land-locked and bordered by Brazil, Peru, Chile, Argentina and Paraguay. Two ranges of the Andes, as well as the Amazon basin, split Bolivia, creating a uniquely diverse mix of cultural, scenic and natural wonders. But it is the stark contrasts in climates and experiences – from legendary sunsets on the shores of Lake Titicaca to the modern and hip tropical vibe of Santa Cruz to the expansive salt flats near La Paz. Bolivia magically weaves heritage, architecture, culture and natural wonders into an experience that relatively few tourists experience even today. 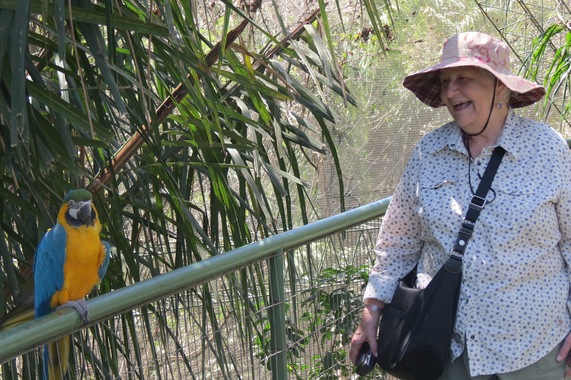 We had the chance to talk to veteran traveler Marge Poyatt about her September 2016 Undiscovered Bolivia trip. When we say “veteran” traveler,” we do mean it. Marge, who as of this story is just shy of her 80th birthday, has been on 19 trips with Journeys and, including all of her other trips outside of Journeys, she has visited nearly 60 countries by her best estimate. Her passion for travel started midlife when she was a Peace Corps volunteer in Kenya from 1974 to 1976. “I was a ‘60s person in the ‘70s when I was in my 30s,” she recalled with a chuckle. Marge’s assignment was teaching physics and math in an A-level school. “I went thinking I would be helping them, but it did as much, if not more, good for me than I managed to do for the school girls, I am quite sure,” Marge told us. From those two years in Kenya, Marge’s appetite to see and experience the world became insatiable.

Choosing the Destination and Preparing 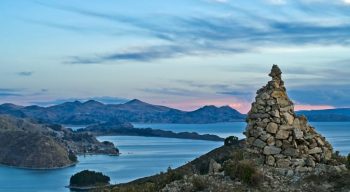 HITT: What inspired you to travel to Bolivia?

Marge: It was a Journeys destination and one of the places I had not been to yet — one of many on my list — and since I have learned to trust the company so much for its ingenuity and dependability and friendliness, and the trip was offered at a time of year I like to travel, I signed up. Plus, their blurb in the catalog about staying in a hotel made entirely with salt bricks from the salt flats was something I absolutely had to experience for myself.

HITT: What were your biggest concerns about packing and preparing for your trip to Bolivia? 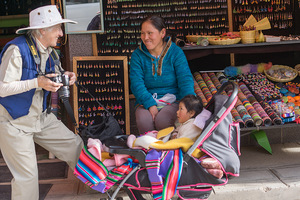 Marge: I am very used to traveling to a place where the temperature is different than it is at home, but on this trip in particular the swings in climates were extreme. We started our trip in Santa Cruz where the altitude is a little over 1,000 feet and the climate is tropical. So I packed summer clothes for that. But then we traveled up to the Salt Flats from there and kept going higher and the temperatures dropped precipitously. And the sun is so extreme. Any exposed skin at the higher altitudes gets burned. You have to be prepared. I had traveled to Chile in July, so I knew I needed to pack warm clothes, but I did not pack enough for this trip, so I did end up buying a very nice extra sweater. This trip reminded me that you can know something about where you are traveling, but until you are there, psychologically you can’t get your mind wrapped around it. 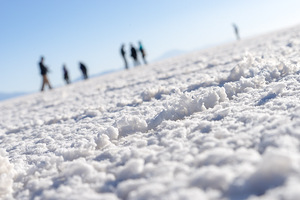 HITT: What day or experience in Bolivia did you enjoy the most?

Marge: Staying in the Hotel de Sal (Salt Hotel) and our day on the salt flats. Each room in the hotel is shaped like an igloo except the blocks are not snow they are salt. It really is amazing. The hotel is right next to the salt flats that cover an area just over 4,000 square miles. It was September, the dry season, and freezing cold when we drove onto the salt flats with our guide. It was like driving onto an expansive snowfield, except we were on salt, not snow. The sun was so intense that I got sunburn from simply taking my gloves on and off to take photos. Still, it was so beautiful that while we were completely engrossed in photos and looking at the flats, a catering company managed to set up tables with hot and cold entrees, linens, silverware and china for our lunch..

HITT: What advice would you give to other folks who are going to travel to Bolivia? 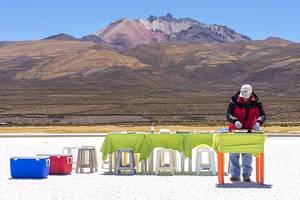 Marge: First, if you visit the salt flats — and you do need to do just that — be sure to go with a guide. When we were there, we heard of several cases of tourists renting their own vehicle to go for a drive on the salt flats and getting lost for several days driving around in circles trying to find how to get back to where they started. The expanse of white and salt can be very visually confusing.

Also, be very prepared for the oxygen-thin air. That was more strenuous than I anticipated. I had been to 11,000 feet without much difficulty when traveling in Machu Picchu and to Cusco in Peru, but we went to 14,000 feet in Bolivia. The travel company Journeys had contracted with provided oxygen canisters for us, and while I did not think I would use them, I was very grateful to have the bottled oxygen and I used them. I would suggest that if you physically cannot handle oxygen-thin air and high altitude, you reconsider taking a trip like this.

HITT: What was your favorite Bolivian food there?

Marge: I am not sure about “favorite”. The food was so good. But most unusual for me was eating alligator ceviche in Santa Cruz. It was like a firm, white fish and not especially outstanding in its flavor, but it was a real kick to eat. The other was having roast llama.

HITT: Given that you have been on 19 trips with Journeys, including this one to Bolivia, did anything surprise you about this trip and experience? 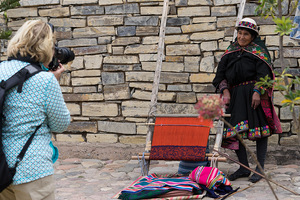 Marge: I felt pretty informed about changes in climate and temperatures when traveling. However, it was still a vast surprise moving from a tropical climate in Santa Cruz to the very cold temperatures as we moved father and farther west. And that cold day on the salt flat was really overwhelming. I loved the day, but it was an extreme one.

HITT: What is one entertaining thing on your trip to Bolivia you learned from locals that stood out to you – entertaining, fun, or cultural? 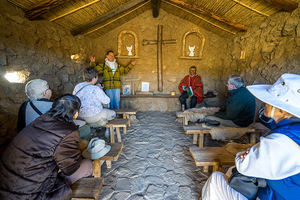 Marge: On our visit to the Valley of the Moon, which is near La Paz, we learned that the place received its name from Neil Armstrong who, when he looked down on earth as he was orbiting, could see the vast salt flats from space and came to visit to see what it was he was looking at from the sky. Upon seeing the bizarre, gumdrop- shaped mountains and weathered canyons and spires, Armstrong reportedly told locals this looked like the surface of the moon and since then, the area received its name.

Want to learn more about Bolivia?

Let us know, and an Adventure Specialist will be in touch soon
to answer all of your questions about travel to Bolivia.