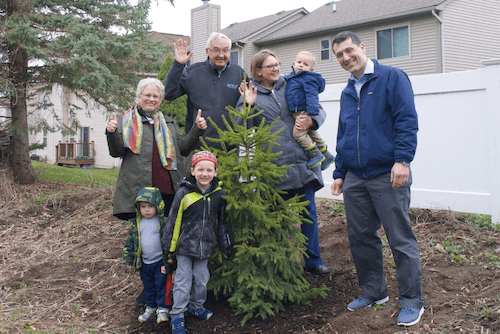 The Earth Preservation Fund celebrates 40 years of environmental activism in 2019! After reaching such a milestone, it seems appropriate to examine some past EPF projects while also looking forward towards the future. Part 1 of this series looks at the EPF’s past with an interview with Will Weber, one of the founders of both Journeys International and the Earth Preservation Fund.

How did the Earth Preservation Fund start?

Travelers on Journeys International trips saw things that moved them and they wanted to make donations to help. The EPF started as a way to help let that feeling last beyond the trips. In the beginning travelers used to carry goods to donate, but with luggage restrictions and security questions that ended, so we started to look for something else that was tangible for people to give back other than just good feelings and photographs. Supporting EPF is a positive statement in favor of helping people do better in their home countries and also supporting globally-interconnected communities.

Were other travel companies doing the same thing 40 years ago?

The EPF was registered as a non-profit corporation in Michigan [where the EPF and Journeys International are based] in 1979 and, I think, received 501(c)(3) status in 1980. Journeys was on the leading edge of the eco-travel and eco-tourism movement and it is possible that Journeys was the first travel company to start a non-profit and make this kind of a statement. If not the first, then we were one of the first.

Was it particularly relevant that Journeys was a travel company supporting the EPF? Or could it have been any business supporting a good cause?

We had contact with energetic and idealistic local guides who were dreamers for ways that could help their communities. Our most successful projects have been when Journeys guides took personal notice of situations and wanted to help. The guides themselves were volunteers for the EPF, but they were also local people who understood local problems.

Is there an example of a quintessential EPF project?

We have always focused on projects where a relatively small sum – $500 – would make a difference. I know one of Robin’s* favorite stories is that EPF donors paid about $500 a year so that an astrologer could visit Ridzong, Hemishakpatchn, and Temisgam which are small Buddhist villages in Ladakh. The astrologer needed to travel to each specific village to divine the dates for planting and harvesting festivals by making use of ancient texts and obscure traditions that only he could interpret. The villagers didn’t have the money to pay for the astrologer’s travel costs, so without a donation from the EPF, this cultural tradition would presumably have died out.

Any unsuccessful projects that stick out in your memory?

Someone had a plan to bring soil additives that hold moisture to Peru. The idea was that they would be helpful for reforestation. For a while it seemed like this was going to be a great new thing, but in the end the technology just did not work.

What do you see for the future of the EPF?

Combatting climate change. It is becoming an ever bigger problem that all of us need to do more to solve.

Why did the Chicken Cross Uganda?