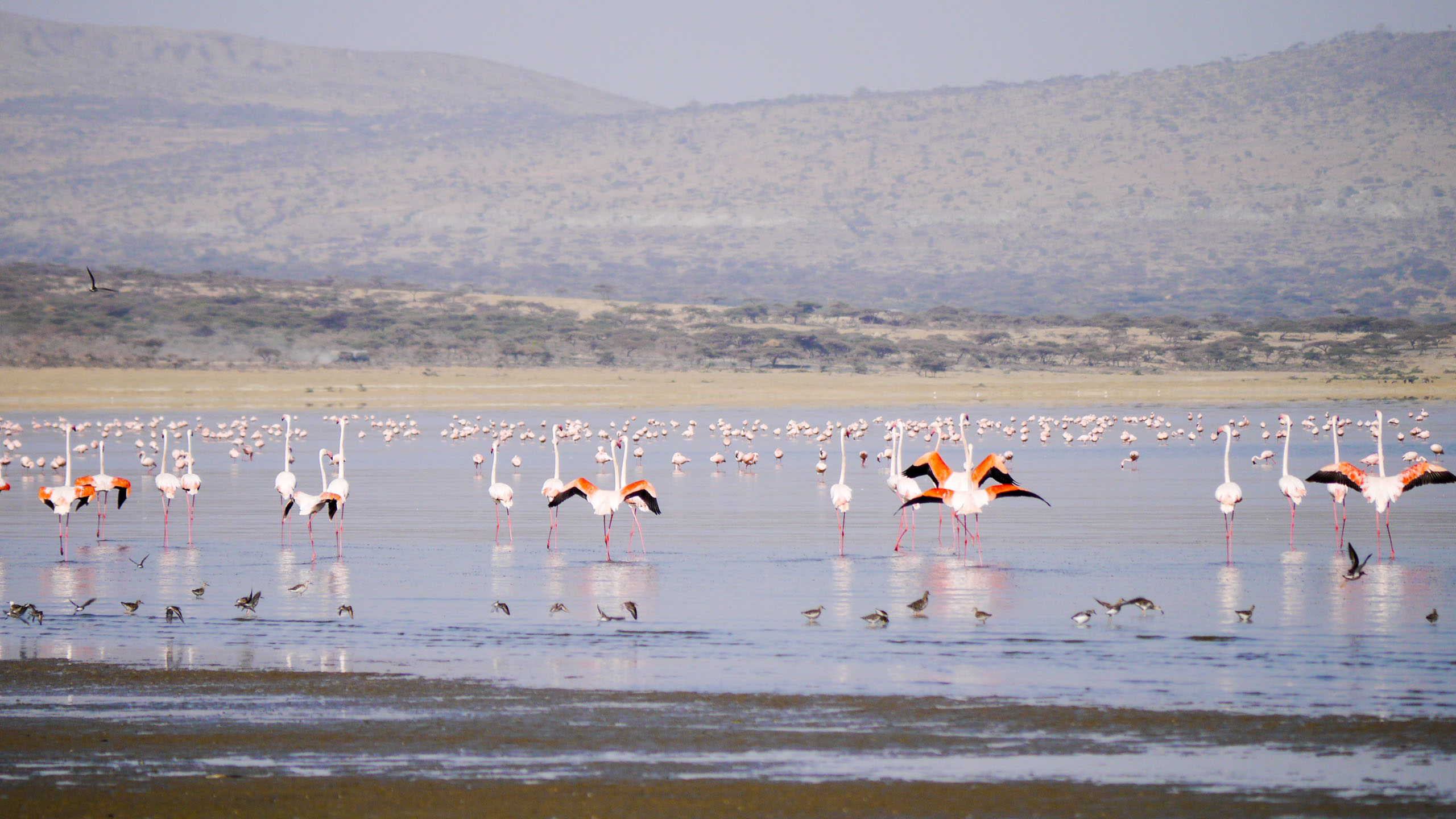 Still looking for more from your Ethiopia adventure? Consider staying on longer for additional wildlife viewing and culture. The Awash National Park will not disappoint in abundance of birdlife and wildlife. You’ll visit waterfalls and spot crocodiles. After, continue to Harar, one of the oldest towns in the country and is considered holy in Islam. Many neighboring countries visit to study religion. Also interesting in the area is the Harar people who are colorful people. Enjoy a visit to see the hyenas.

Pick up this morning from your Addis Ababa hotel, drive to Awash National Park. The Park has over 350 species of birds that have been recorded in this savannah grassland. You’ll visit the waterfall and the river to spot crocodiles.

After breakfast, drive through the park to spot mammals like Beisa Oryx, Gazelles, baboons, etc. Then, drive to Doho Lodge to the other side of the National Park; here you’ll enjoy the natural hot spring water.

After breakfast, drive to Harar, one of the oldest towns in the country and considered as holy in Islam. In Harar, there are more than 100 mosques and shrines. Before the 19th century, many people from neighboring countries such as Yemen, Somalia, Djibouti, etc used to come to Harar for their Islamic learning.

One of the prominent inhabitants of Harar is the Harari people, who have a lot of colorful culture and traditions. Today, we’ll visit the Harari museum, one traditional Harari house, and Arthur Rimbaud’s house. In the evening, you’ll enjoy the Hyena feeding show, which has an interesting story between the people and the Hyenas.

After breakfast, drive to Dire Dawa and visit the city; spend time in the city and take the late afternoon flight to Addis Ababa. Make a connection to your international flight home.

This can be shortened to just include Harar. Ask us for details.

Match the trip’s intensity to your ability and motivation.

Strenuous hiking or other intense activity that may be at high altitude or over rough terrain.