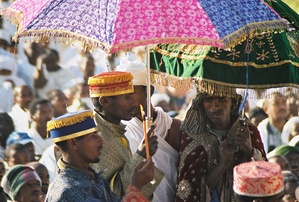 History and culture abound in Ethiopia, from remnants of the 1st century CE Axumite kingdom to the spectacular Gondar architecture to the medieval churches in Lalibela. Plus, Ethiopia boasts impressive landscapes, from the Simien Mountains to the Blue Nile Falls.

With so many things to do in Ethiopia, it can be hard to narrow down your options. So we’ve taken a stab at it for you, and listed what we think are the ‘must-see’ sites of this diverse and captivating country.

1. Browse the City of Addis Ababa 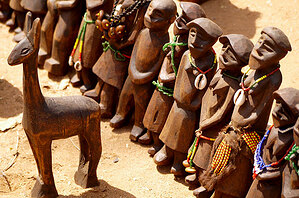 This city of 3.4 million is the largest in Ethiopia and the nation’s capital. Empress Taitu, whose husband Menelik II ruled Ethiopia at the turn of the 20th century, advocated for the national palace to be built here; the city she named “New Flower” was founded in 1887.

Now the educational and administrative center of the country, it remains a crossroads for trade and communications. Headquarters for the African Union and the United Nations Economic Commission for Africa are located here. While you’re in Addis Ababa, be sure to visit the National Museum, the Ethnological Museum (Haile Selassie’s former palace), and Africa’s largest open-air market to pick up handmade gifts and souvenirs. 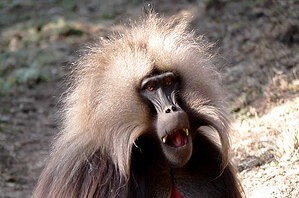 Today a UNESCO World Heritage Site in northern Ethiopia, the high plateau of the Simien Mountains National Park was formed by volcanic eruptions that occurred 20-30 million years ago.

You may not catch a glimpse of the walia ibex, an endangered goat which lives here (and ONLY here), but the giant lobelias and the gelada baboons with their “bleeding heart” red breasts will delight. 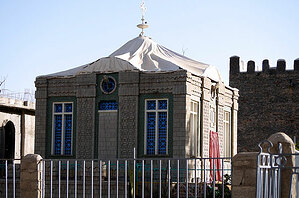 From the 1st to the 8th centuries CE, the Axumite kingdom was the most powerful between the eastern Roman Empire and Persia. A crossroads for trade between Africa, Asia, and Europe, Axum was wealthy and influential.

Modern tourists can see ruins of an ancient palace, obelisks, and royal tombs as well as relics of the churches built in Axum as Christianity spread into Africa. Many argue that Axum is the resting place of the Ark of the Covenant, but it is not available for public viewing. 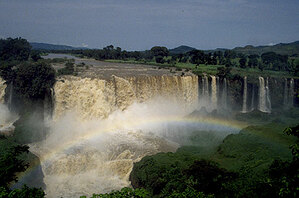 To speakers of Amharic, this natural wonder is known as Tis Issat, or “great smoke.” Approximately 40 meters high, four streams merge into one massive 400 meter wide waterfall during the rainy season (June through September). The spray from the falling water creates temporary rainbows spanning the gorge as well as permanently lush vegetation all around the falls. Thirty-five kilometers south of Bahir Dar, the falls are the most spectacular feature of the Blue Nile, a tributary of the Nile River.

Get immersed on the 20-day Ethiopia Genna and Timkat Festivals trip
on December 31, 2016, and leave the planning to us.
You’ll see all of these highlights and more!

5. Tour the Architecture in Gondar 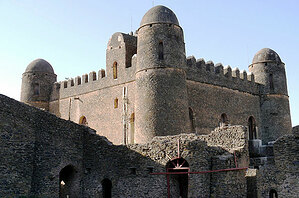 Located in northwest Ethiopia, the city of Gondar was the capital from the mid-1600’s to the mid-1800’s. The architecture left behind in this important commercial city is marked by not only by Ethiopian traditions but also by Hindu, Arab, Jewish, and Jesuit influences.

The Fasil Ghebbi, a fortified royal city within a city, is nicknamed the African Camelot and is listed on the UNESCO World Heritage List for its cultural significance. Visit to see the bathing pavilion once frequented by King Fasilides.

6. See the Medieval Churches of Lalibela

The impressive collection of eleven medieval churches in this holy city remains an important destination for Coptic pilgrims to this day.

The brainchild of King Lalibela, the monuments were constructed beginning in the 12th century to create a “New Jerusalem” after Christian crusaders were thwarted by Muslim armies in the holy land. The churches were built block by block from rock chiseled out of the earth and cut to make doors, windows, columns, drainage systems, etc. Biete Medhani Alem (House of the Savior of the World) is reputed to be the largest monolithic church in the world, while St. Georges is one of the most well-known and popular.

7. Visit the Tribes in Omo Valley

This region of Ethiopia is famous for its archaeological significance and for its modern day cultural diversity. Remains of Australopithecus have been found along the Omo River, evidence of human habitation from three million years ago.

Today the area is home to a number of tribes living culturally unique lifestyles while inhabiting the same geographic area. Visitors to the region may encounter people of the Dorze, Hamer, Mursi, and Karo tribes, to name only a few of the ethnic groups who make their homes here.

There is no best time to travel to Ethiopia; it’s a great destination year-round. But, if you want to witness the spectacular Genna & Timkat Festivals, then aim for a December or January trip.

The Timkat Festival is the Ethiopian Orthodox celebration of Epiphany, and the festival procesession is a mind-blowing experience, with thousands of people dressed in festival attire moving along for miles on end, passing a carpet that is unrolled under the priests’ feet along the way. The Genna Festival is Ethiopia’s Christmas festival, celebrated by an all night prayer session with movement from one church to another.

Have questions? Want to learn more? Interested in a custom trip?
Let our expert Adventure Specialist help you plan your trip.

Tell Me More About Travel to Ethiopia