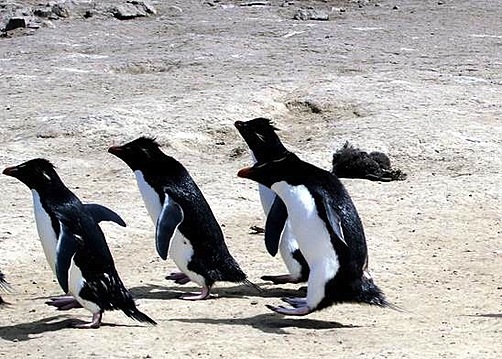 Antarctic Tours: A Bevy of Penguins in the Falkland Islands

Antarctic tours are a lifelong dream for many people, including long-time Journeys traveler *** S. Here, he shared amazing images and stories of the King and Rockhopper Penguins he encountered during his Falkland Islands visit. 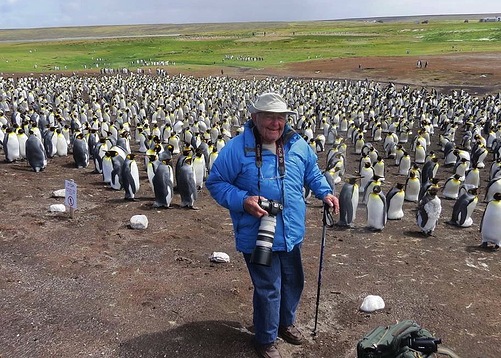 There are a lot of king penguins nesting in the Falkland Islands that make up two large colonies. You can get close to them, but as you can see in the photo above there is a line of white rocks that you can’t cross.

This boundary is to protect the birds and avoid disturbing them. If disturbed, they may let go of an egg they are incubating, and it would never hatch.

King Penguins breed over a long period, so the colony has eggs and chicks, many of which have molted and are nearly ready to fend for themselves. By comparison, other penguin species breed in a shorter period so the chicks mostly hatch in a very short time, just within two or three weeks.

Penguins are communal—some of the chicks were old enough to be in “crèches” where a few adult birds supervise the little ones and both parents go fishing.

When they are older (the ones in the photos that have molted their baby fuzz), they still rely on adults for food, so they don’t venture into the water much. In these images, you can see them taking a walk on the beach. 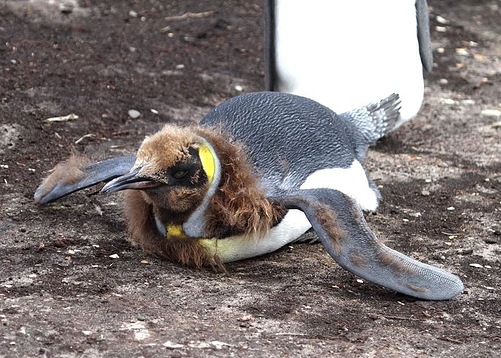 See the penguins in Antarctica