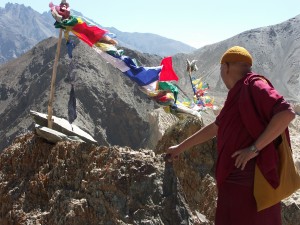 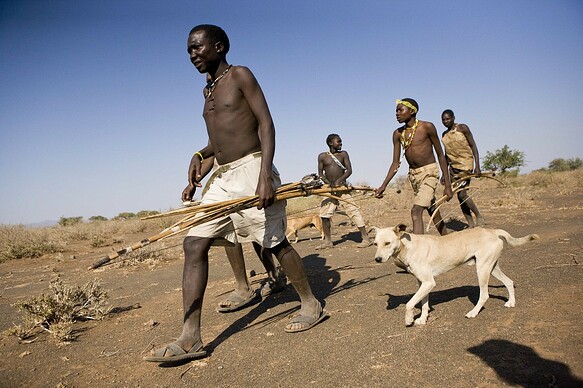 Journeys Director Will Weber describes a handful of priceless cross-cultural experiences available to you on our trips.

At Journeys we have always felt that making authentic connections and even friendships with local people who are culturally different from ourselves is an important goal and reward of our travels. Accompanied by a local guide, we try to find our common humanity in appreciating how we are different and how we are the same.

The opportunities for this kind of traveler exchange are unlimited, but here are a few of our favorite and most dramatic cross cultural experiences that are an integral part of our worldwide travel programs.

The Himba are indigenous people living in the Kunene region of northern Namibia. Himba are a semi-nomadic, pastoral tribe which boasts a population of roughly 30,000-50,000. One of the distinguishing characteristics among this tribe is that women cover their bodies and parts of their hair in “otijze,” a mixture of butter fat and ochre, beginning in puberty. This substance gives their skin a rust-colored stain. Visit the Himba people with Best of Namibia Camping Safari or Classic Nambia Under Canvas. 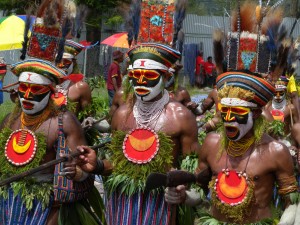 The Huli reside in the Southern Highlands of PNG. They number approximately 150,000 members. The Huli are recognized by their elaborate and colorful Bird-of-Paradise feather headdresses, yellow clay used to decorate their bodies, and flourishes of fluorescent accents of face and body. They are noted for their drumming and dancing sing-sing festivals. Visit the Huli with all PNG trips.

The Dong people are one of 56 ethnic groups officially recognized by the People’s Republic of China. They reside in mostly eastern Guizhou, western Hunan, and northern Guangzi. The Dong are best known for their specialty Kam Sweet Rice, carpentry skills, and unique architecture – covered bridges, in particular. With the modernization of China, few young people are remaining in villages and this trend threatens the Dong, as it does other ethnic groups. Visit the Dong people on Finding Forgotten China.

Residing in the extreme northern area of India on the Tiibtan Plateau, Ladakhis are extraordinarily hospitable Tibetan Buddhists who revere the Dalai Lama and have practiced their religion as a culture for thousands of years uninterrupted by the political regimes of India or China. You are welcome in their houses, monasteries and villages and will certainly be impressed by their kindness, gentle manner and the strength of their traditional culture. Visit Ladakh with some of our longest serving guides on our summer treks and odysseys.

There are few hunter gatherers left on the planet but the Wahadzabe are among the most interesting. Due to their nomadic lifestyle, it is difficult to predict where you will find them, but your guide will know where to look. The Wahadzabe tend to shadow the movements of the wildlife and rely upon the migrations as their food source. Spend two days learning about their lifestyles and traditions, and possibly visiting the caves where they often spend their nights while hunting. The Wahadzabe are of Cushitic background, and are very similar to their Kalahari Bushmen relatives. They still use bows and arrows for hunting and speak a click-based language. Meet them on our Tanzania Culture and Wildlife trip.