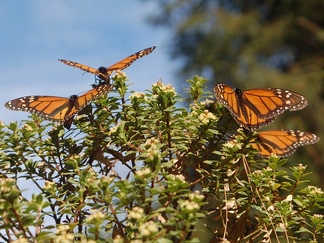 Flight Of The Butterflies: The Monarch Migration 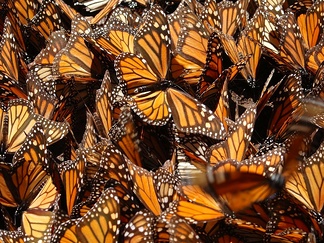 Birds aren’t the only winged creatures that migrate; butterflies fit into this category as well. The most spectacular example of this is the annual Monarch Butterfly migration. Read on to learn more about this incredible journey, and then join us in January 2017 to experience it firsthand on The Monarchs of Michoacan.

Prior to the 1970s, scientists in Canada and the US believed that monarchs hibernated in the winter, which explained their annual disappearance. 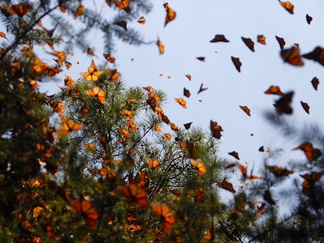 In the mid-70s, however, a group of scientists began to study them more closely. They learned that contrary to hunkering down and being stagnant for the winter, monarchs were actually migrating thousands and thousands of miles south to specific sites in Mexico.

Starting in the early fall, monarchs residing in Southern Canada and the Northeastern US begin a yearly migration to their winter habitats in the states of Michoacan and Mexico, in central Mexico, where they reside from November to May before beginning the return trip for summer.

This group (the “Eastern population”) makes the most spectacular migration, but other groups make smaller migrations. The “Western population” migrates between the Canadian Rocky Mountains in summer and southern California in winter. Smaller migrating groups reside in both Australia and New Zealand. There are also non-migrating groups in Florida, the Caribbean and Mexico. In some of these areas, both the migrating and non-migrating butterflies live together in the winter. 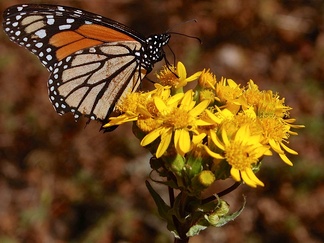 Monarchs are the longest migrating insect—the Eastern population migrates up to 4,830 miles in each direction. The number of butterflies migrating can vary greatly from year to year, based on environmental factors such as weather and available food resources.

But individual butterflies don’t make this trek themselves, rather the migration (heading north in the spring and south in the fall), is completed by multiple generations. At least five generations of butterflies, each completing only a portion of the total journey, share the migration. Females lay eggs along the route, and each subsequent generation continues the journey.

The migration is so long, it requires more than just sharing the journey: fall and spring migrating butterflies also have a longer lifespan than their summer and winter stationary counterparts. Diapause, a kind of waking hibernation that conserves resources, allows them to extend their life span beyond the average two months to make the incredible trek. 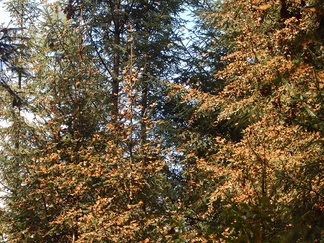 The local population near the wintering sites in Mexico had always been aware of the annual migration. Local legends contain stories of monarchs, and their arrival is incorporated into the Day of the Dead celebrations each year. A local culture, the Mazahua, believe the migrating butterflies are the souls of their ancestors returning each year to celebrate the holiday.

In Mexico, there are sanctuaries dedicated to preserving the winter habitat (or “overwintering sites”) of the monarchs, as well as many privately-owned habitats. The largest of these is the Monarch Butterfly Biosphere Reserve. Both a federal reserve and a UNESCO world heritage site, this reserve is home to five of the eight butterfly colonies that overwinter in Michoacan, Mexico. Two of these are open to visitors, the most well-known, El Rosario, is where you will travel with the group on The Monarchs of Michoacan.

The monarch migration
is such an unusual and beautiful phenomenon, it has captured not only the interest of scientists, but the hearts of many others as well.

While the monarchs are not considered endangered, there is concern that modern land development, pesticide use and climate change will eventually destroy their habitats and food supply. This concern has created quite the industry of conservation: many people in the Northeast plant butterfly gardens, making sure to include the monarch’s preferred food, the milkweed plant. There are even groups who not only count, but tag and release butterflies in an effort to monitor their populations.

Request a call to learn more

Join us on The Monarchs of Michoacan as we explore the incredible overwintering sites of these butterflies and
learn more about conservation efforts to preserve them.

Tell me more about monarchs of michoacan