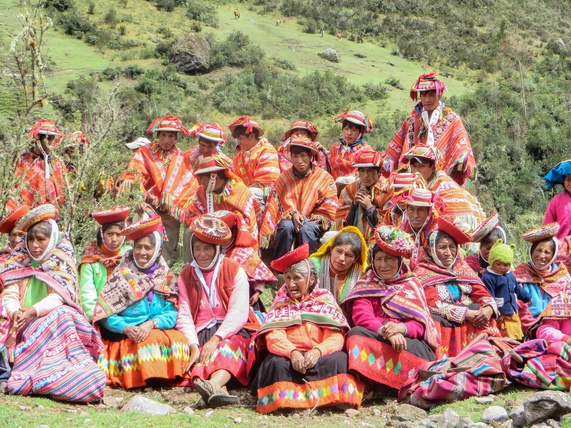 In 2007, Journeys International’s Earth Preservation Fund joined Peruvian-based groups to help restore the forests of Peru’s Lares region. What began as a strategy to help combat climate change also became a way to help villagers, especially women, improve the economics of their families.

Here, the President of one of the partners, ECOAN (Association of Andean Ecosystems), shares how this reforestation project has helped women and their families in the Lares region. 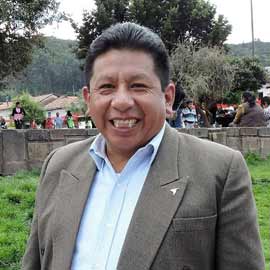 For all the time we have been working on conservation in the Vilcanota Mountains, there is one story that to me is the most important one, because it helped change and improve the family structure for the region’s villagers.

ECOAN began our activities in 1999, and in 2001 we began working hand-in-hand with many of the communities in the areas where we work. For the reforestation project, we started paying a symbolic salary to every member of the community—whether male, female, adult or child—who participated on the tree planting days. 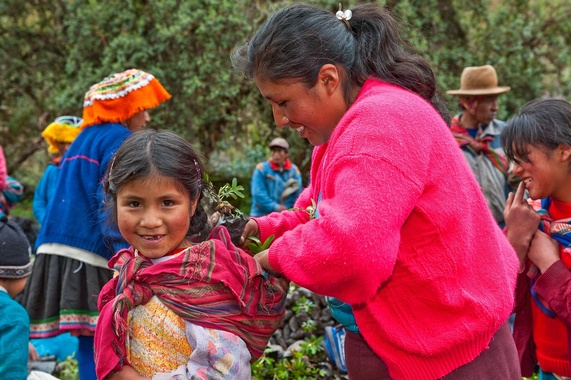 A woman and her daughter carry trees to plant.

In the beginning, we had some hurdles to overcome to make this model work. Traditionally, in these villages, the men had the right to collect and manage all of the money earned in the family, regardless of who earned it. The men could also spend it however they wished, which often included spending it on alcohol.

When we decided to pay the women directly, there was a lot of disappointment from the men. We explained our position and how this project could be more successful if everyone cooperated, and if everyone had the opportunity to earn their own money. We enlisted the support of the community’s leaders, and the women were often the last to agree.

We decided to test this method of payment for two years, thinking that it would end, and everything would return to how it had always been. But, it was so successful, that here we are, 15 years later, using the same model.

As a result, we see many happy faces on the women. They’ve told us that they know the real needs of their families, and by earning their own money, they can buy food, educational materials, and even small toys for their children.

And while the women in the villages were usually the last to approve of this method, we are convinced that our best allies on the ground are the women and children, because they take ownership of projects and hold us accountable to the promises we’ve made to them. We’ve repeated this strategy in other areas of ECOAN’s work with the same success.

Please consider donating to this important project. For every dollar you donate, you are providing one tree, plus income for a local villager. And because Journeys International’s Earth Preservation Fund (EPF) covers 100% of the administrative fees, every penny you donate through the EPF goes directly to this program.