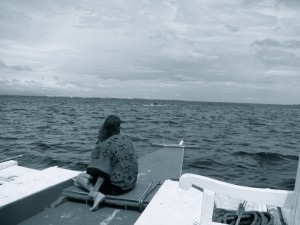 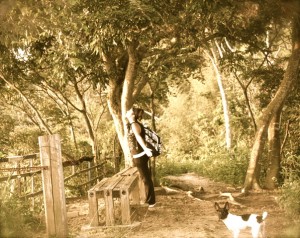 Journeys staff member, Katina Nichols, discusses the travel experiences that shaped her life. As Henry David Thoreau so eloquently put it, “Not until we are lost do we begin to understand ourselves.”

“Hanging on the wall above my bed is a map of the Republic of China. When it’s too hot to do anything else, I will lay still in bed and gaze up at the tiny island that lies off the eastern coast. A feeling of constriction starts in my chest and grows like a friendly parasite. Memories project themselves on the ceiling like old movies. A breeze gradually develops, and I start to hear the strained purr of the scooter. My bedroom walls fall away as a dangerously steep, mountain road paves its way where my door once stood, and lush vegetation circles me like wildfire…

My travel history truly begins in India. It was 2009. I decided to visit my mistake-of-a-boyfriend at the time who was living in Mumbai. I was a frightened college student, unsure of everything… and yet the one thing I had going for me was the “nothing to lose” attitude. I have to admit, this mentality has served me well over the years. 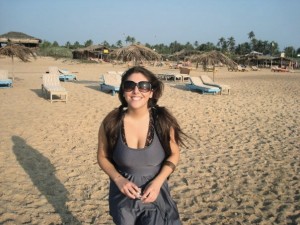 So, I went to India with a very open and very dependent heart– open to observing the unknown, but dependent on another human being to protect me from it. How foolish I was to think that I would come back the same person, unscathed by reality. That country challenged and defeated everything I believed. India was the catalyst, the “plank” that enticed me to keep inching further out toward the edge– and this time, to do it alone.

As you may have guessed, the boyfriend didn’t last, but the effects of India pulsed through my veins. I returned home in pieces and determined that the only solution was to leave again. Minor details, such as where I would go or what I would do there, didn’t concern me so much. What I yearned for was total seclusion, the elimination of any buffer or barrier between me and my new environment. I needed to know that I could be alone in this world. 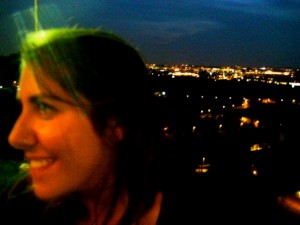 That’s when Italy found me. I accepted the offer to live with a family in Northern Italy, watching their four-year-old son and helping him with his English. I stayed with them for several months, and during that time, learned the art of solitude. Having no transportation and living a ways from the town, I had to be creative with how I entertained myself. I spent most days writing, reading, and when I was in the mood, conquering the foothills of the Alps. Some crispy realizations were had, and some subconscious life decisions were made. Italy was a great rebound and granted me the independence I so badly needed, but it was too easy. My family is part Italian, so acclimating to the culture and environment was a piece of cake. I returned home feeling somewhat accomplished, but disappointed that I didn’t push myself harder.

It was now April, 2010. The rain was falling, my 22nd birthday was approaching, and my undergraduate degree was complete. No prospects and no plan. Life was flatlining. A discussion I had over mediocre Thai food just so happened to be the spark that revived me. As she twirled her pad thai, a good friend told me about her fantastic teaching experience in Japan. That was all I needed to hear.

Four months, several interventions by my family, and three panic attacks later my life began. Much to everyone’s dismay, I found a teaching job in Taichung, Taiwan. “Taiwan… isn’t that where they make toys?” Typical response when dropping the bomb. Sometimes I got, “Hmm, so how did you decide on Thailand?” My personal favorite was, “Why would you want to do that, Katina?” Needless to say, I became well-versed in verbal self-defense.

Of course, when it was time to leave, I wondered if they had a point. The fact was I didn’t know what I was really getting myself into. Just about the only thing I could do was trust my gut.
The minute my plane touched down in Taichung, Taiwan, so did the realization that I was alone on the other side of the world. That didn’t bother me so much, but knowing that I absolutely could not fail was a little daunting. One thing I can tell you for sure is when you can’t fail, you won’t fail.
Life in Asia was a satisfying struggle. Every day something surprised me or forced me to accept a new way of doing things. I’d never been sicker, gotten into so many accidents, felt so alone, and thought I might flat out croak before I lived there. It was wonderful. Life meant so much more to me than it ever did. I came to understand that life is not a right, but a privilege.

It’s impossible for me to put everything into words, but here are the most important things that I learned over the course of the year:

Home is not an address, but the people that surround you. If you’re scared, do it. Don’t ask why. Understand and admit that you know absolutely nothing. Western medicine is not necessarily the best medicine. The world is big, but also very small. Take it one minute at a time. Embrace change. Your strength knows no limits. “Bizarre” foods are the best foods. Loneliness doesn’t exist unless you believe in it. Life is impossible without an iPod. Assume the worst of other drivers.

And above all: Sleep when you’re dead.

It’s exhausting to relive the past, even when you’re laying in bed. Like waking up from a dream, reality washes over me in a viscous instant. I tap the wall with my finger to ensure it’s really there. The mountains have been replaced by posters, the winding road with a white, wooden door, and the breeze has subsided. This is my world now.